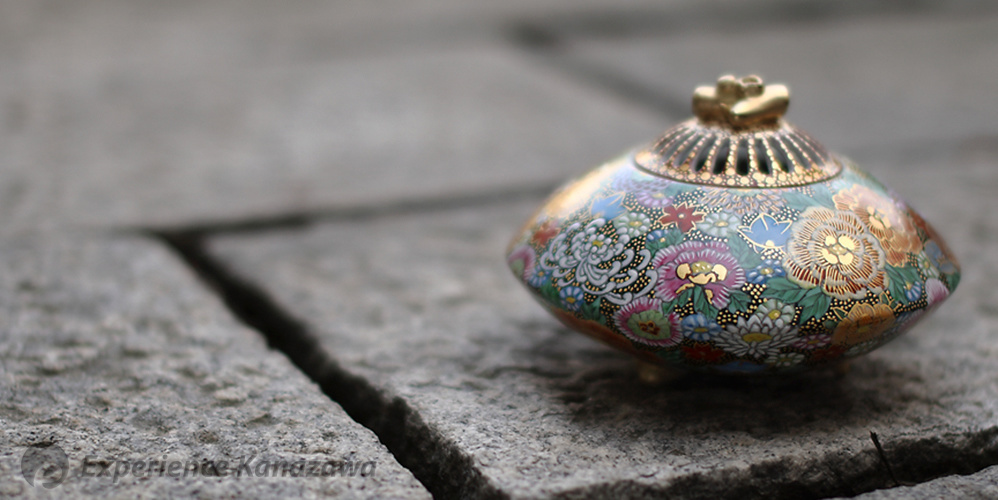 Indispensable Ware for The Local Cuisine

How many types of Japanese porcelain do you know of? Imari-Yaki, made in Saga? Bizen-Yaki, from Okayama? Kyo-Yaki, originating in Kyoto? We have so many, so you can’t expect me to count them all! Although each has their own designs or paintings, I prefer old Imari, called “Ko-Imari”, and the Kutani with arabesque design, but that’s just my opinion.
Kutani-Yaki is the porcelain made in Ishikawa. When you ask about local cuisine here, you’ll know that this ware is indispensable for it. It’s named after the village, Kutani-Mura, where it was originally made. Although the industry started around 1655, the kiln suddenly closed 50 years later. The blue-green color is the feature of the old Kokutani or Ko-Kutani, and the design was avant-garde at that time. Speaking of which, I don’t have any doubts that Ishikawa is the home of Ko-Kutani but it’s actually somewhat of a controversy. Some say that they were made in Arita, Saga. Others say they are definitely from Kaga, Ishikawa. We will see!
Later in 1807, with the Kasugayama-Gama kiln in Kanazawa as a start, some other porcelain places opened in the Kaga region. The Kaga lord banned porcelain imports from other countries, in order to encourage the demand domestic products. During this renaissance era, many styles of Kutani-Yaki were created, such as Kyo-Fu from Kasugayama-Gama, Arita-Fu from Wakasugi-Gama and Ko-Kutani-Fu from Yoshidaya-Gama.

Here are some of the defining characteristics of different types of Kutani-Yaki Porcelain. 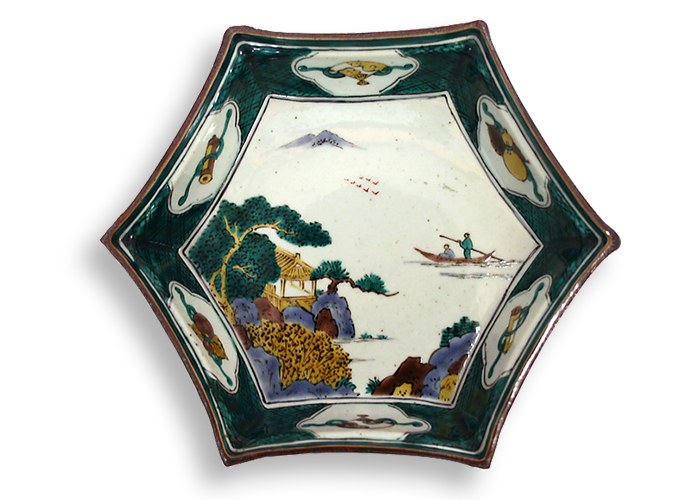 This utilizes the classic patterns taken over from old Kutani design. It has a stately design with five colors, such as blue-green, navy, purple, red and yellow. 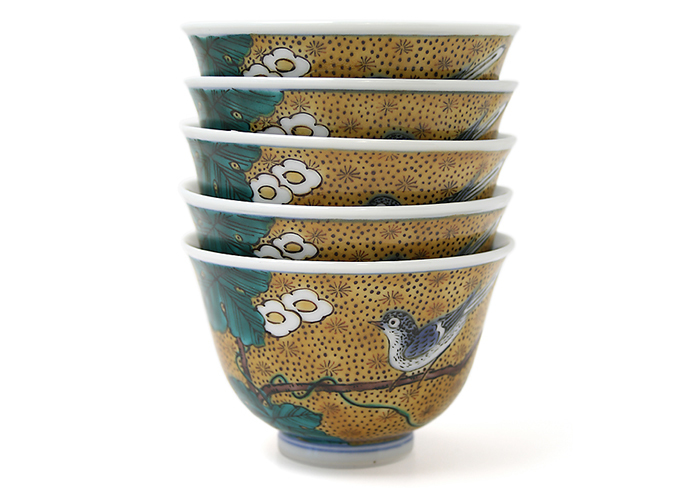 The Yoshida-Fu ware is also called “Ao-Kutani (Blue Kutani)”. It usually uses the same five colors as Ko-Kutani (old Kutani), with the exception of red. Having a yellow background is also typical. 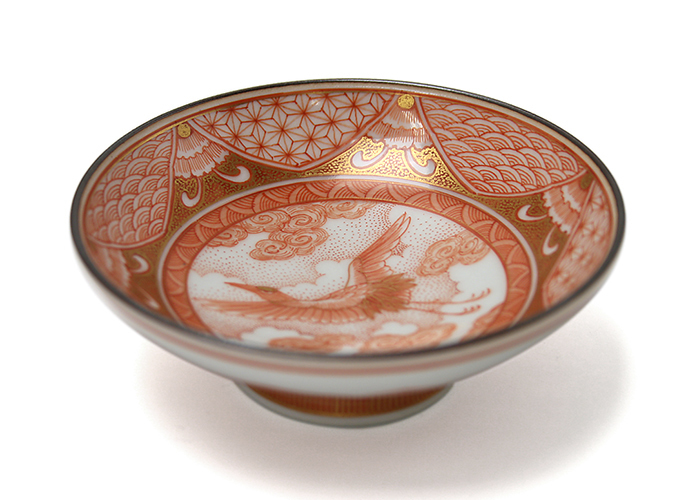 “Aka-E” literary translates to “red painting”. Some of the designs by Hachiroemon Iidaya are called “Aka-Kutani (Red Kutani)”. He drew figures and some fine patterns in red and then used gold to finish. 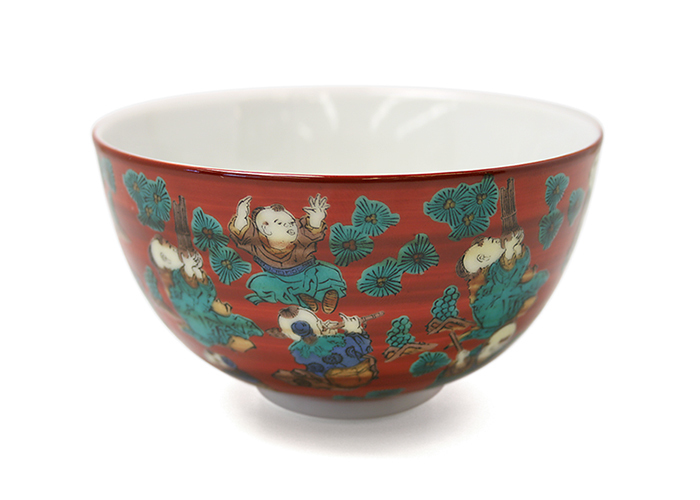 The artist Mokubei Aoki (1767-1833) established this design. He lost his hearing due to his enthusiasm for ceramic art. The genius usually painted people that resembled the Chinese on the red background. 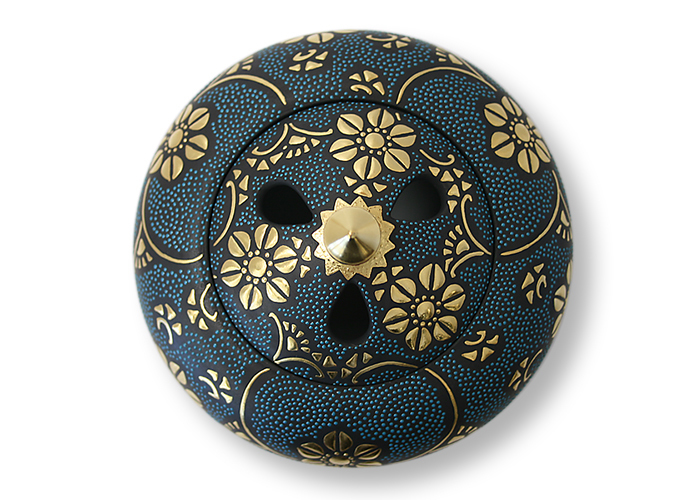