Kingyoku Nakata: Karakusa Arabesque Is a Good Luck Charm for Prosperity
Ao-Chibu (blue dot) is my favorite. One of my friends from the US, who had lived in Kanazawa for a long time, is also a huge fan of the design. I feel honored that I could talk to the artist who specializes in Ao-Chibu designs. 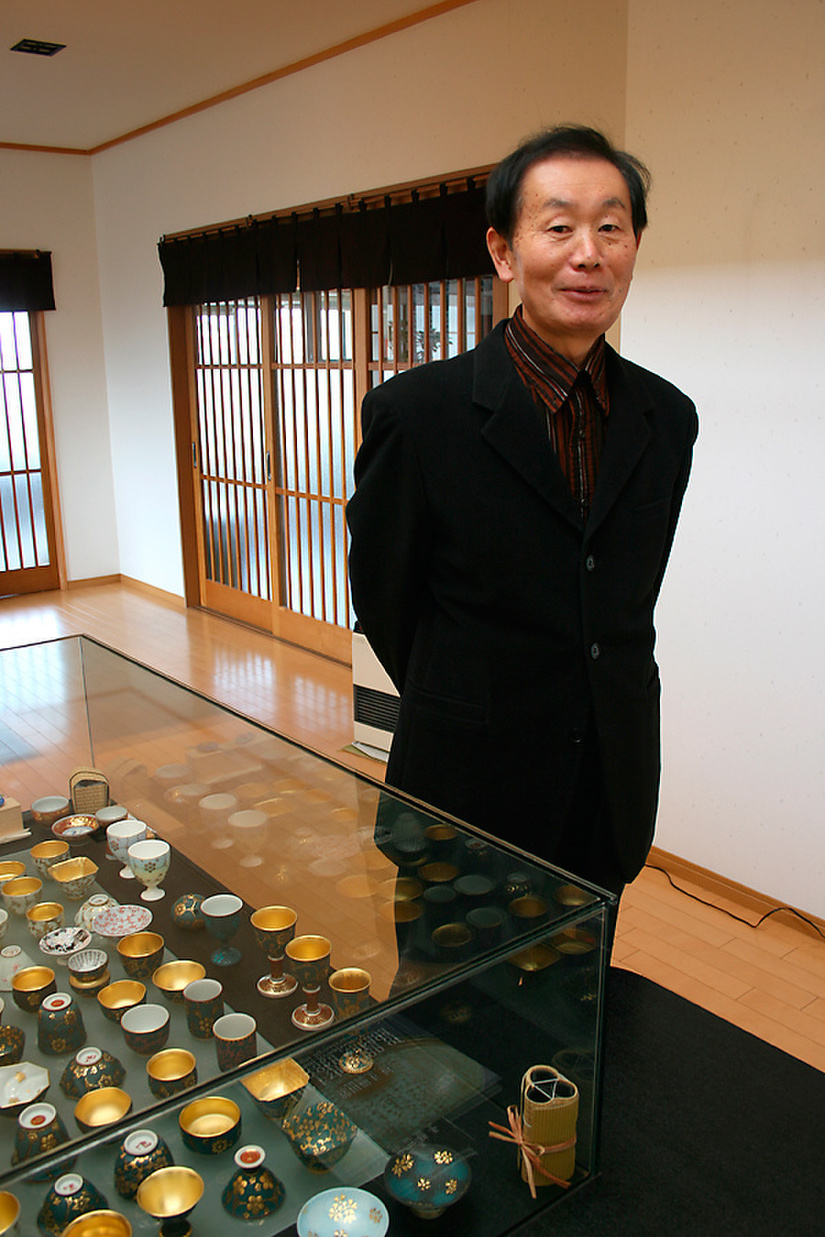 Why he was chosen
for this article?

At the end of December, I visited his gallery in Komatsu city. “Something difference from what you imagined?” He asked me with a smile as soon as I first met him. “Aaa… kind of.” I answered honestly, showing him the copies of his website pages which I had printed, containing his picture. “Ah, that’s an old picture, I was much younger! Haha…” He was franker than I expected and never conservative. “Why me?” He was wondering why I picked him for this article, even though there are other Kutani-Yaki lines and artists. “Because I love the Ao-Chibu line.” I said immediately.

“That’s a great compliment for me! I was wondering if this classic design is still acceptable in this day and age. Why is Ao-Chibu so fascinating for you?” Oh, somehow I ended up getting interviewed!!! I had never tried to think about the reason, except arabesque. “Well…, first of all, I have a fetish for Karakusa (arabesque), and… probably the simplicity of coloring as well. I can see something exotic in it.” He was nodding with his curious eyes.

Mr Nakata was born the heir of a Kutani-Yaki artist, and has had a 40-year-career. Since his father passed away, he was searching for his own way of Kutani-Yaki. As soon as he finally decided to focus on Ao-Chibu 25 years ago, he followed the Silk Road to find the history of Karakusa arabesque. The trip apparently greatly inspired him and gave him the creative urge to devote himself to the line. I had never known that Karakusa was a good luck charm for prosperity until he told me. 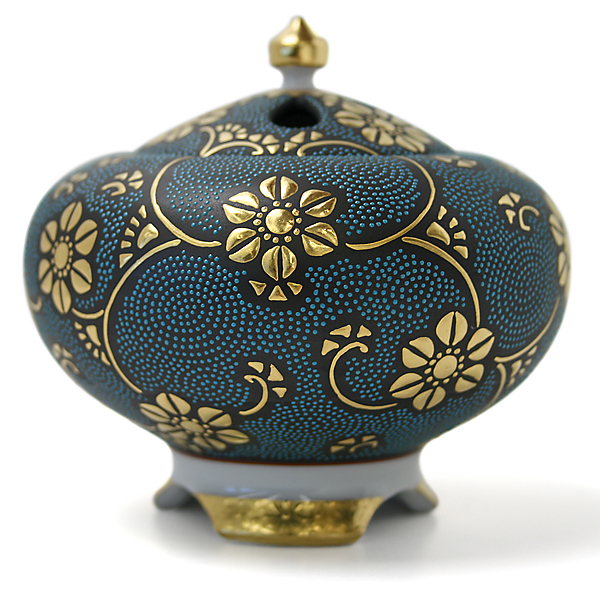 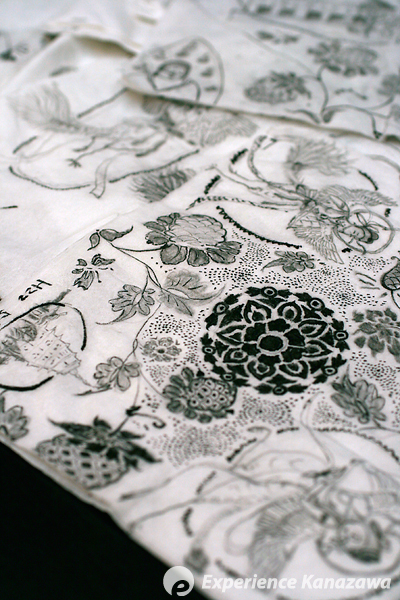 Although his atelier is not open to the public, he showed me some of his design sketches. “Wow! Why Kleenex???” I asked him with chuckling. “I just happen to prefer it!” The great artist confessed that he truly enjoyed designing, but he sometimes feels like he is running out of ideas. No wonder he travels to find fresh ideas once in a while! We talked about traveling, and I didn’t miss how his eyes sparkled as I showed him pictures that I had taken in India. He says that the Silk Road was also the route for that Buddhism traveled through. I’m sure there’s still something attractive for him to find along the road.
BACK
MUST-GO PLACES