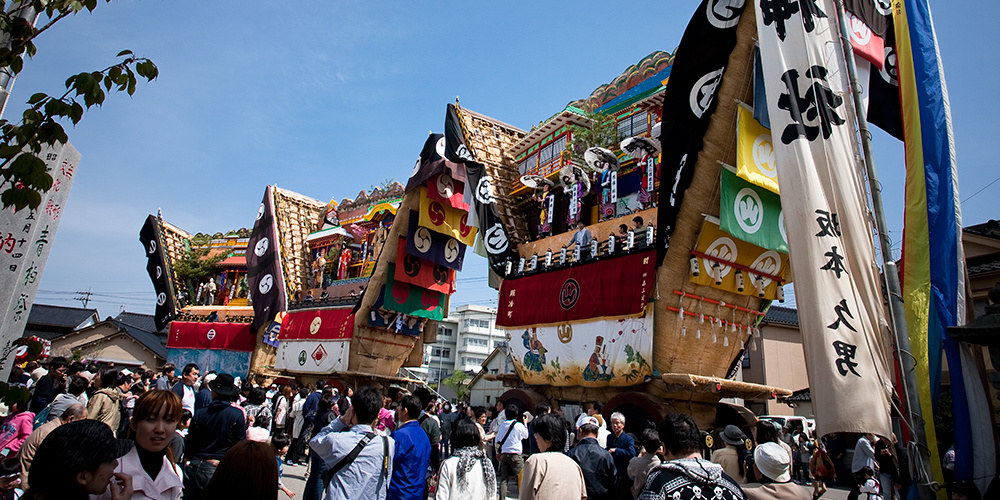 You'll see the pride of Nanao in the festival!

The beginnings of the Seihakusai festival are not clear; some say it has been around since 981, others believe it started the end of the Muromachi period (1336-1573). The festival was originally held on the day of the monkey, April in the Chinese calendar. Why the monkey? It’s from folklore, one that talks of three evil monkeys and a white wolf. It’s said the three floats are dedicated to the three monkeys in order to avoid their curse. Seihaku means “green daimyo oak”. It’s named after the green daimyo oak leaves which are placed under the offerings. Now, it’s one of the greatest festivals in Nanao city, and is designated as an Important Cultural Property. It’s something that the people of Nanao take great pride in! 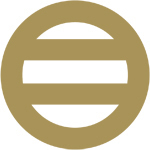 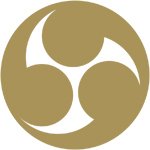 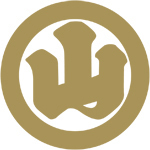 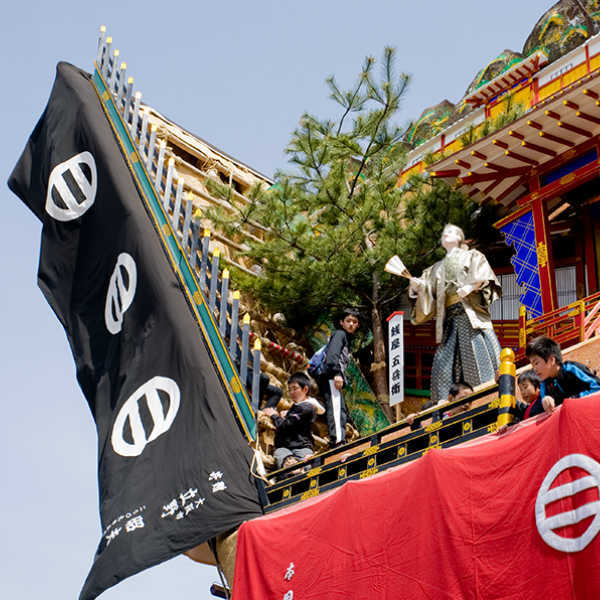 The 12-meter-high
and 20-tons-weight
Deka-Yama are
the biggest floats in Japan.

The floats called “Deka-Yama” literally mean giant mountains. It’s not hard to understand why, with a height of 12-meters and a weight of 20 tons. However, it can be moved faster than we may think, especially on the straight (yet narrow) streets! How can they drag these huge objects? Well…the local team members (including women, somewhat of a recent addition) pull it by ropes. In addition, visitors (including tourists) also can join in the fun! One of the highlights is to watch their incredible technique called “Tsuji-Mawashi”, used to change direction when they turn the corners. They raise one of the wheels by a huge wooden lever called “Oh-Teko”, with the giant float leaning to change direction. Although it’s pretty primitive, you’ll see the power of human unity!

Just look at
and remember the crests
in order to recognize
which float
you’ll be following!


The district crest of Uomachi has two lines in the circle, while that of Fuchumachi’s has three comma-shaped symbols. Kajimachi has a Chinese Kanji character which is pronounced as “Yama” and means mountain. The festival has a history of more than a thousand years. The local people are proud of it, and also proud of themselves to be from such a great area. They have been seeing the festival since they were kids, and they’ve grown up hoping to someday participate in the legendary event. "Look at them! I will do that soon, mom!" Even people who have moved away often come back for the festival. Older people have somewhat of a career about with the floats. As one gets older, they receive more respect in the districts. 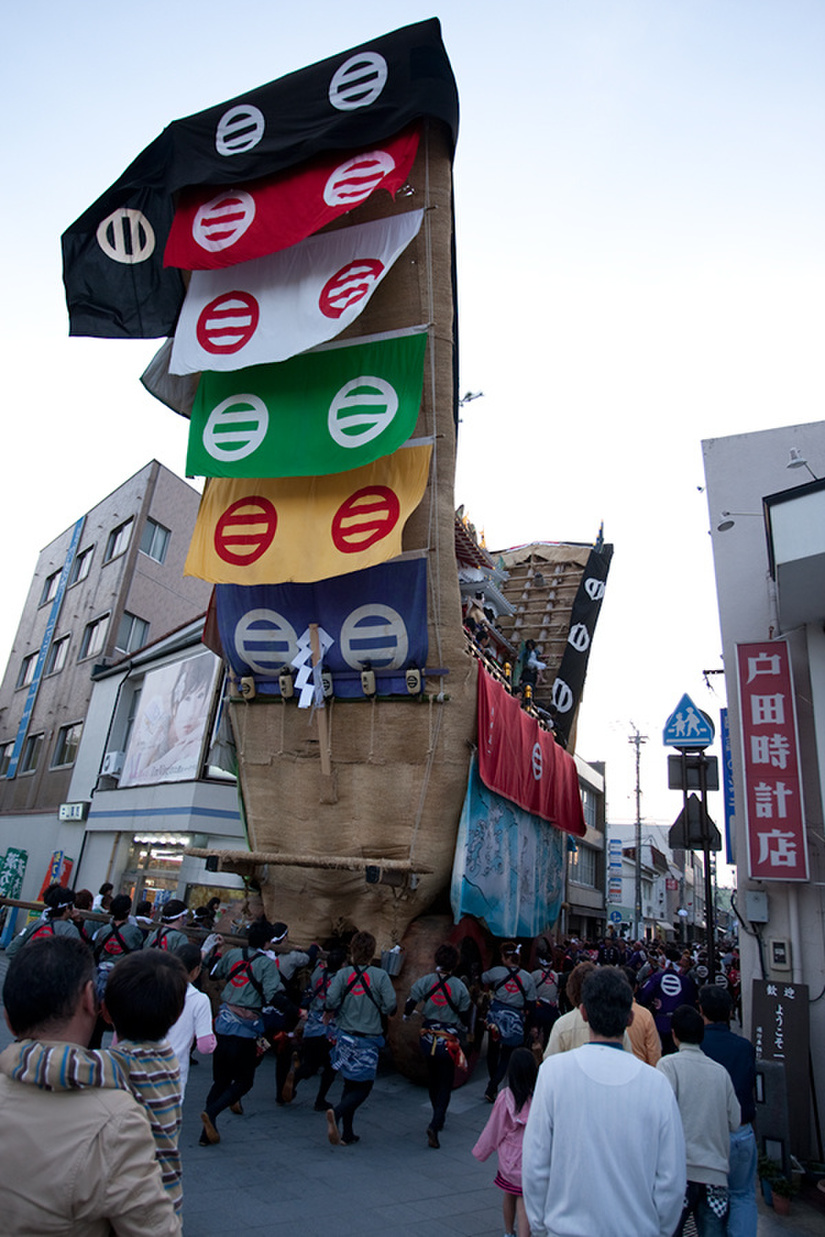 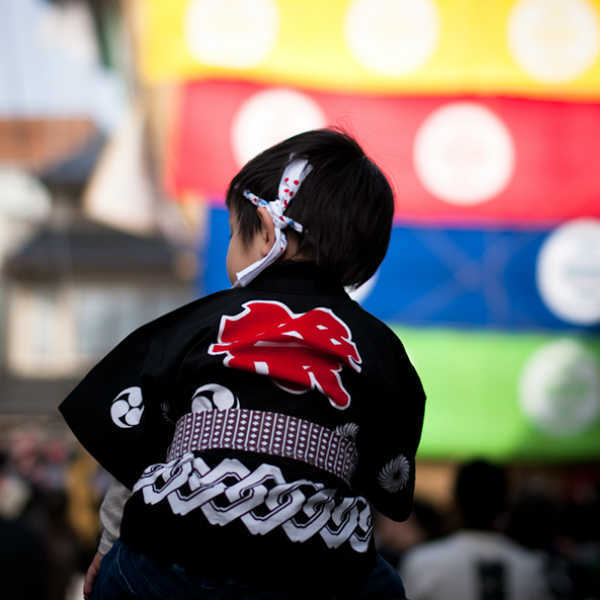 Don't forget to check
the top of the floats!
Each one shows a famous scene
from Kabuki,
or some other play!

People keep screaming "Whatshoey! Whatshoey!" You’ll be unable to stop watching such aggressive people under the high floats, but you might also notice that the floats barely scrape against buildings or electric wires. Don't worry! The wires in the city are built with the floats in mind.
You should also be aware that there is a fabulous stage with dolls on the top of each float. Don’t forget to research what plays they decide on this year! Of course, the dolls are all handmade, and they are all life-sized. Just before the festival, on the second day of May, people display all the dolls in a house at night. It's a tradition!
Do you adore the traditional Happi costumes? Japanese people see their own pride and souls in them. Once they put them on, they get charged with energy from the outfits. This festival happens every year and will go on for as long as the city exists! You should definitely check out the passion and pride of the people in Nanao city! Why not join them in helping drag the epic floats? It’ll be the experience of a lifetime! 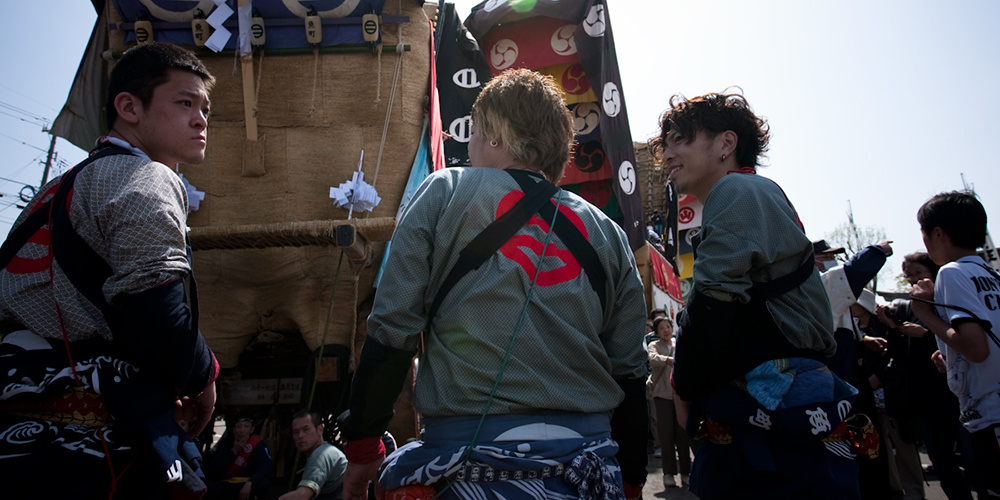